Another World War II 10th Mountain Division veteran has gone to join his ski troop buddies who blazed that trail before him. Donald L. Olson, of New Brighton, Minnesota, passed away on Nov. 28, 2016, at the age of 90 at his home and now rests at Fort Snelling National Cemetery in Minneapolis.

A very accomplished patroller who joined the NSP at age 54, along with his wife, Alice, he served his local patrol, Wild Mountain and our Western Region for 28 years until he retired from patrolling, only to pursue and pass his Professional Ski Instructors of America Level I at age 84 years young. This exemplifies his incredible passion for skiing, teaching, working with kids, and mentoring many.

Don attended Edison High School in Minneapolis, then enlisted in the Army and joined the ski troop training at Camp Hale, Colorado, known as the 10th Mountain Division. From there, Don went to Camp Swift, Texas for more training. The 10th Mountain Division troops landed in Naples, Italy, then walked, climbed to, up and over mountains.  During the night they assaulted and surprised German troops on Mount Belvedere.  Troopers in front of and behind Don were hit. To his dying day, Don and his wife kept in touch Del Riley, the soldier in from of Don, who took a bullet in his shoulder saving Don’s life, Walt Neller, and George Nelson (deceased May 2014), who went on to develop Lutsen Ski Area on the North Shore of Lake Superior.

The 10th Mountain Medallion, which is the focus of the award, can only be obtained through a member of the 10th Mountain. Initially, all nominees were submitted to the North Central Chapter for evaluation of criteria and selection of the recipient. A few years ago, this selection process was transitioned to our region awards committee due to the attrition of these veterans. The 10th Mountain Award is deemed to be the most coveted award within our Western Region. Don was the ninth recipient of this award, in 2000, the first year he was eligible.

After the war, Don studied civil engineering at the University of Minnesota. Needing a class in design, he enrolled at the Minneapolis College of Art and Design (MCAD) in an industrial arts program, where he met Alice in a commercial art course. Don felt sorry for Alice because she wasn't Norwegian! The best thing he could do for her was to marry her. Alice's comment was, "We all know who got the best of this union!"

Don worked 34 years as a civil engineer for the city of Minneapolis, then after retirement was a realtor for several years.

Don was a hunter with shotgun, rifle, and bow, loading his own rifle and shotgun shells and making his own arrows. He trained four hunting dogs, a Chesapeake, two black labs, and a springer. For years, he was active in the Minnesota Springer Spaniel Field Trial Club and did well with his springer. Don and Alice also enjoyed fishing trips to Lake Kabetogama bordering Canada. 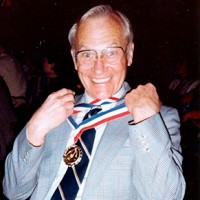 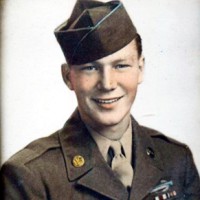 Posted by NSP-C Western Region at 5:31 AM No comments:

The Western Region Spring Meeting will be held on April 22, 2017 at Spirit Mountain, Duluth MN.

A continental breakfast will be served at 7:30 am with the meeting/budget planning to follow at approximately 8:30 am.

A Taco Bar lunch will be served at 12:00 pm with the PR/PD meeting to follow, concluding the day.

If you plan on attending please register HERE prior to April 15th.

Hope to see you there!

Posted by NSP-C Western Region at 8:42 AM No comments: